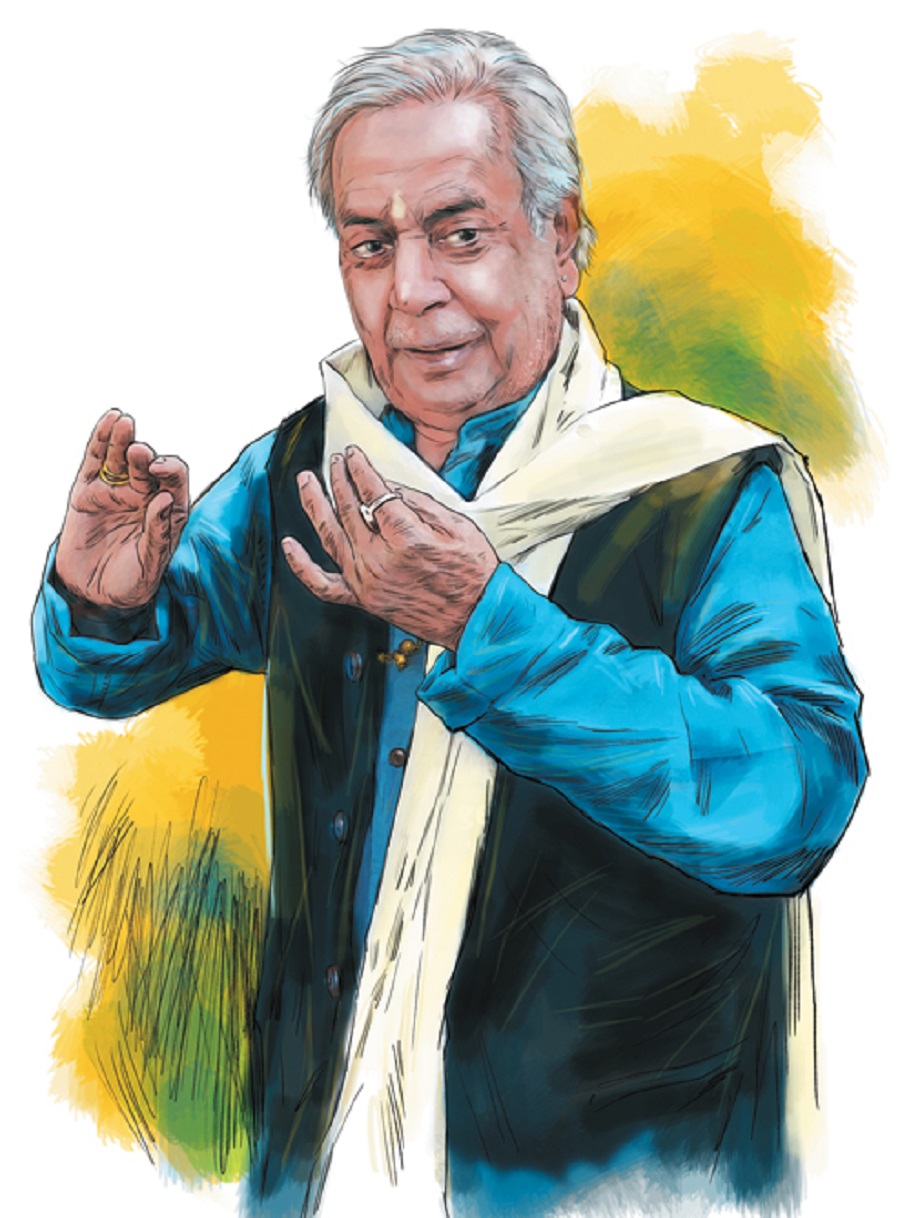 Kathak Maestro Pandit Birju Maharaj also known as Birjmohan Nath Mishra was a legendary kathak dancer. Born on 4 February 1937, he was the leading exponent of the 'Kalka-Bindadin' Gharana of Lucknow. Birju Maharaj was a descendant of well-known Kathak dance masters. His father Achhan Maharaj was also his Guru and he started performing alongside Achhan Maharaj as a child. Achhan Maharaj was popular and served in the court in the princely state of Raigarh. After his father's death both his uncles, Shambhu Maharaj and Lachhan Maharaj took him under their wing and started teaching him in earnest. He was nine years old then. At the age of 13, he started teaching dance at Sangeet Bharti in New Delhi. He also taught in other notable institutions such as Bhartiya Kala Kendra and Kathak Kendra. Opening his own dance school Kalahram in Delhi Birju Maharaj brought a new Kathak wave. He is especially known for his brilliant choreography and has done many dance choreographies for Bollywood. Some of the most popular among them are Kahe Chode Mohe from Devdas and recently Mohe Rang do Laal in Bajirao Mastani. He was renowned for his precise footwork, gesture language, and abhinaya. His thumris and dadaras were exceptionally famous. Rather than performing the quintessential Radha-Krishna legends, he performed on non-mythological and social issues. Being the versatile person that he is he also played tabla and violin and won numerous awards highest among them was Padma Vibhushan in 1986. Sadly Pandit Maharaj passed away at the age of 83 on 17th January 2022 surrounded by friends, family, and his disciples. His legacy prevails from the thousands of people he touched through his artwork and warm personality. His disciples carry on his style of dance and celebrate his life by dedicating their life to their dance.