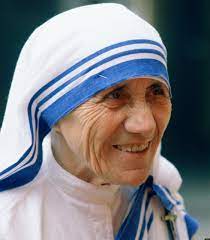 Mother Mary Teresa Bojaxhiu, honoured in the Catholic Church as Saint Teresa of Calcutta, was an Albanian-Indian Roman Catholic nun and missionary. She was born in Skopje, then part of the Kosovo Vilayet of the Ottoman Empire. Mother Teresa's second miracle was curing a man who had brain abscesses. In 2008, Brazilian Marcilio Haddad Andrino was close to death. An infection had left his brain with abscesses and accumulating fluid, and his worsening condition made him fall into a coma. His wife, Fernanda, prayed to Mother Teresa for help. When Mother Teresa is elevated to sainthood by Pope Francis in a ceremony Sunday, many men and women around the world will have vivid memories of the Nobel Prize-winning nun who spent most of her life serving the poor in India.